Why Should You Invest In Altcoins? 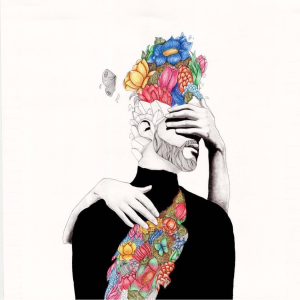 There is a famous story floating around the internet of an early Bitcoin investor who purchased 2 Papa John’s pizzas in 2010 for what was considered at the time an insignificant 10,000 Bitcoin or $40 (£30 GBP).

Naturally, the buyer could never have foreseen the price of BTC reaching more than $100 per token, let alone $50,000, and many investors, small and large, are buying up altcoins in search of the next golden egg.

Just as the name suggests, altcoins are simply alternatives to BTC. If the story above isn’t enough to persuade you to invest, allow us to demonstrate the value of altcoins and why you should invest in them.

What is an Altcoin?

Simply put, every cryptocurrency other than the big daddy Bitcoin is an altcoin; while offering new exciting technological improvements and capabilities, altcoins are effectively subsequent iterations and improvements somewhat based on the original idea of cryptocurrency, as proposed by Bitcoin.

Bitcoin is, however, far from perfect, and perhaps its most common critique is its scalability problem, which relates to the number of transactions that its network can sustain simultaneously.

To address this issue, the first generation of altcoins allowed 3rd parties to develop apps running on their respective blockchains. This process of scaling is also known as Layer 2 or L-2, as opposed to Layer 1 or L-1, which is the basic blockchain itself.

The main altcoin, and the first to introduce these L-2 possibilities, is Ethereum (ETH), and as a result of this newfound flexibility, many other cryptocurrencies run on the Ethereum network, using what is known as the ERC20 standard.

Another famous altcoin is Litecoin (LTC), which was born out of the necessity to improve on the original Bitcoin code, making it effectively a Bitcoin 2.0 in all but name.

Why are they Important?

Though not limited to the above use-cases, as there are many nuances to each and every crypto project, it is a simple way to differentiate altcoins and their purposes. More often than not, altcoins will fall into more than just a single category due to their versatility and ability to support several projects on their networks.

To give you a better idea of altcoins and how they function, let’s take you through some examples.

The second-biggest cryptocurrency by market capitalization after Bitcoin, Ethereum offers the general population the chance to build decentralized applications (dApps) on its network.

Ethereum has played a vital role in bringing crypto and blockchain to the mainstream. Amongst many features, one of the most important has been ‘smart contracts, self-executing lines of code that act as self-fulfilling digital contracts. Once the terms set by the buyer(s) and the seller(s) are met, effectively removing the need for 3rd parties to act as a guarantee, i.e., lawyers.

This has allowed for many incredible innovations and nuances, introducing the world to the concept of decentralized finance (DeFi) and a myriad of other platforms, protocols, and products. Most recently, the network is famed for bringing non-fungible tokens (NFTs) not only into fruition but also to the mainstream.

ETH, the network’s native token, plays a significant role in making all of this possible, which is why it is a valuable and popular altcoin.

USDC is a stablecoin, meaning that its value doesn’t change. Stablecoins maintain their price by being pegged to real-world assets like dollars and gold. In the case of USDC, the value of each token is linked to the U.S. dollar at a ratio of 1:1.

USDC is minted in an equal amount to the USD deposited through the use of smart contracts. This feature is used to ensure the stability of the value of the coin, hence the name, and its primary purpose is to bring stability to the crypto markets.

Investors use stablecoins to keep their money within the crypto ecosystem without pulling out their funds completely while being able to rely on the predictive value of a coin, as opposed to keeping their money in other cryptocurrencies, which are volatile by nature, therefore exposing investors to potential higher gains and losses.

You can think of stablecoins as a safe port that some investors use in between trades while pondering their next move, either in times of extreme market volatility or during bear markets, for example.

There are also high-interest staking accounts for stablecoins, where a user deposits their USDC or other stablecoin into a particular wallet and earn generous amounts of interest, especially when compared to traditional banks.

One of the main points in crypto is the decentralization of the financial system, and coins within this ecosystem/aim are described as DeFi tokens.

They allow crypto users to have access to traditional financial instruments and tools without going through the classic, centralized intermediaries, such as banks, brokers, and loan companies.

The Terra blockchain is pioneering this sector by offering an open-source stablecoin network that has stability in mind as its main objective. Terra has its own native stable coin, UST, and an automatic burning mechanism to ensure its value/supply ratio remains stable while also simultaneously burning Luna in the process.

A great feature in the Terra network is the exceptionally attractive passive reward system, also known as stacking, which offers interest on the sum stacked over a set period of time. Stacking is the crypto equivalent of holding traditional fiat into an interest account in a bank.

Through its DeFi structure, Terra provides great benefits through yield farming, which is effectively lending crypto through the blockchain and collecting interests as a reward.

Video games are rapidly emerging as a key sector in the crypto world. Axie Infinity is by far the most well-known and most played. AXS serves as Axie’s governance coin, which you can think of like shares in the stock market, allowing players to have direct input on the future developments of the project.

Axie Infinity sought to bridge the gap between traditional video games and the crypto space, creating an ecosystem in which players can compete against one another playing with their NFTs, which are minted through the use of AXS in-game.

Axie Infinity saw a surge in popularity from May 2021 upon launching Ronin, its own side network based on Ethereum, allowing for free transactions within the network and avoiding costly gas fees to buy, sell and exchange the in-game NFTs.

AXS is the core of the Axie Infinity metaverse, powering all of the various in-game functions and being earned as a reward for playing the game by the top players in a model also called Play To Earn (P2E).

Filecoin is an open-source, decentralized data storage. Here, users can buy or sell storage space. Whether from the hard drive of a laptop or a large server silo, users are incentivized to purchase and lease out storage.

It has two main advantages over traditional services such as Dropbox or Amazon Web Services (AWS):

Recently, Filecoin has become essential for NFT storage, freeing creators from basic limitations such as file size while also maintaining intact the need for security and ownership that is the key to NFTs. More and more apps will be built on Filecoin due to its open-source code, further expanding its future uses and possibilities.

So, Why Should You Invest?

The crypto world is currently the frontline of fintech, with new and exciting projects coming out on a seemingly daily basis. Given our current rate of adoption and technological development, the reality is that we have barely begun to tap into crypto’s full potential, filling the market with tons of incredibly promising projects, all based on altcoins.

The projects highlighted above, as well as the many others that can be found all over the internet, will have a direct impact on our day to day life, changing the way we think of finance, gaming, energy, technology, etc.; altcoins offer you the chance to grab a ticket for the ride, the same way investing in Amazon in the early days did.

This brings us to the other reason why it’s always altcoins season: the potential for higher returns.

While Bitcoin is going to keep steamrolling through new all-time highs and recover from market adjustments, its growth will inevitably have to continue at a slower pace. Altcoins, however, do not suffer from the same “age” problem, allowing for exponential growth in very short periods of time, recording often 100% increases in value over a matter of a few weeks or months.

The possibilities in the altcoin world are endless.

Buy and Sell crypto in minutes

Do you need help? Contact us at [email protected]

check out our other blog posts

Understand why the Ethereum Merge is one of the most critical events in crypto history, in this accessible and nontechnical article.

The internet is evolving, and to keep up in this article, we will understand what a Metamask browser wallet is and how you can use it.

Understand what a COINZIX crypto ATM is, how it works, what are the benefits and start investing in cryptocurrencies legally and safely.